Prisoners of the First World War 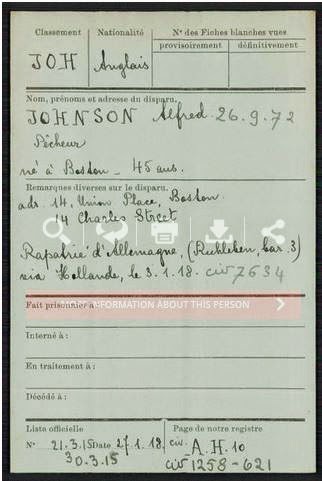 A new website has launched called Prisoners of the First World War from the ICRC Archives. During WWI, some 10 million people were captured and sent to detention camps, including both servicemen and civilians. This website contains such things as cards on prisoners of war and reports of deaths and injuries at detention camps. The records cover several armies, including British (and the Commonwealth), French, Belgian, German, Romanian, Serbian, Italian, Russian, Portuguese, Greek, American, Austro-Hungarian, Bulgarian and Turkish. The website will be interesting for anyone who had an ancestor who was a prisoner of war in WWI, and it will be particularly useful if your ancestor came from a country that generally lacks genealogy records, such as Serbia or Bulgaria. The records can be searched by name.
The objective is to put some 5 million records online, and the website has already reached 90% of its target. A YouTube video below gives a good overview of the website. Access is free.

Posted by Campaspe Library at 3:13 PM