Over 90,000 people volunteered for the British Red Cross at home and overseas during World War 1.  They performed all kinds of roles from nurses to air raid wardens.  Their work during the war included running auxiliary hospitals and convalescent homes, temporary facilities for wounded servicemen which proved to be vital.  During the war the British Red Cross and the Order of St John worked together as part of the Central Prisoners of War Committee which co-ordinated relief for British prisoners of war. POWs were in dire need of food and clothing during their captivity, with the Red Cross providing food parcels, helping locate missing soldiers who had been captured and ensuring letters between POWs and their families were received.

The British Red Cross website now allows you to search for your family’s personnel records, and discover what Red Cross volunteers were doing in your local area 100 years ago.

The personnel records for surnames starting with A through I are currently available. Volunteers are updating the site with more names every few weeks, with the aim of making all WW1 records available.

Posted by Campaspe Library at 11:25 AM No comments:

Another great project, largely made possible by the efforts of volunteers, makes searching for our military ancestors easier.  The original aim of The War Graves Photographic Project was to photograph every war grave, individual memorial, Ministry of Defence grave, and family memorial of serving military personnel from WWI to the present day. However, due to the popularity of the project their aim has been expanded to cover all nationalities and military conflicts and make these available within a searchable database.
According to their website, the project is a joint venture with the Commonwealth War Graves Commission, and assisting the Office of Australian War Graves, Canadian Veterans Affairs and the New Zealand Ministry of Heritage and Culture.  The project is ongoing and names in the archive now stand at 1,816,851.  Below is their record and photograph of one of my relatives, Roger Pummeroy 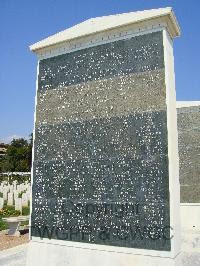 Posted by Campaspe Library at 9:06 AM No comments:

Shauna has chosen Sporting Records for her topic in Week 35, and tells us that "sporting records can tell us how our ancestors were involved in their local communities and what they did in their spare time. Or was it all work and no play?"
I must admit this is not an area I have really spent time focusing on, although while searching the British Newspaper Archives (Britain's version of Trove, although theirs you have to pay for!) I have discovered some of my father's ancestors were avid hunters.  My great grandfather Walter Green even kept a pack of hunting hounds, as shown in the first article below.
Walter also enjoyed pigeon shooting, and clearly spent a significant portion of his leisure time engaged in these pursuits.  As this is the wealthier branch of the family (where did the money go??) he clearly had the time and means to enjoy these activities.
As Shauna points out, this kind of information really helps flesh out how our ancestors lived their lives, taking us beyond the basic names and dates and adding color, depth and detail to our knowledge of them.
To read Shauna's post on Sporting Ancestors, click here.

Posted by Campaspe Library at 10:16 AM No comments:

With preparations underway all around me for ANZAC Day ceremonies tomorrow, I've been looking at the information I have accumulated about my military ancestors and reflecting on how truly lucky my family has been during the two World Wars.  With so many family members seeing war service, we have suffered surprisingly few casualties or injuries.  So many others have not been so fortunate.

On my mother's side of the family, one of her brothers and four uncles saw service, along with a number of in-laws, cousins and second cousins.  Three of the four boys in my father's family saw service in World War 2, although my father, to his disappointment, never made it out of Australia.  My mother's middle brother, who was in the Merchant Navy, was the only immediate family member to lose his life, drowning in Argentina after the war had ended.  His ship was picking up a load of supplies to take to Poland to help rebuild when he fell overboard.

While none of my immediate ancestors were killed at Gallipoli, their war service had a profound effect on their entire generation, and I will be thinking of them all as I attend services tomorrow.

Posted by Campaspe Library at 7:36 PM No comments:

After the excitement of the Canberra Congress, suddenly I find myself a few weeks behind in Shauna Hicks's 52 Weeks of Genealogy challenge, so now I have to try to catch up.
Shauna has chosen Maps for her topic in Week 34, and tells us "I love using maps with my research as they give a different perspective on your family. Knowing where they lived and how far they had to travel to work, school, church or to shop helps to build a picture of their daily lives."  She adds that "while old parish maps tell us about our ancestor’s properties, modern maps can also do the same. With Google maps we can simply search on an address and see where it is  and if we use street view, we can even see what is still at that address. Is it the same house our ancestors lived in or has the area been developed and modernised?"
There are a lot of sources for maps around, many of them free, and I have a small collection of maps of the areas where my ancestors lived.   I have also used google maps to take a virtual walk around several of their home villiages in England.
Looking at old parish maps, I can see how far my ancestors had to travel to go to school or work, to visit their local church, shops and markets, what kind of landmarks and terrain they encountered, and the distances between the homes of ancestors who married.
Maps are yet another great resource Shauna has highlighted.  To read Shauna's full blog post on Maps, please click here.
Posted by Campaspe Library at 3:47 PM No comments:

The Public Records Office of Victoria have digitised selected documents from Victorian Government files kept on returned World War One soldiers who were approved to lease a block of farming land in Victoria. They were known as soldier settlers.
Victoria sent about 90,000 men and women to serve overseas in the First World War, about 70,000 of whom survived to return home. As the war continued, the issue of repatriating returning soldiers became increasingly urgent.  As well as providing War pensions and other financial assistance, State governments of the time set up ‘settlement’ schemes to support returning soldiers with work. These schemes involved subdividing large rural estates into smaller farming blocks and leasing them back to discharged service-people.  Reports from the time indicated there were around 11,000 farms created, although it seems likely this figure includes successful applicants to the scheme who did not end up going on to the land.  Returned service people and their families moved on to the land from the first mass demobilisations right up until the 1930s, although the majority of blocks were granted in the early 1920s.
The records you may see include:
You can search for government records about soldier settlement files on this website by soldier name, or click on the embedded map and select individuals based on their geographic location.
Posted by Campaspe Library at 9:56 AM No comments:

Originally launched in September 2014, the National School Registers collection at findmypast.co.uk has now been expanded in a second release of records to include material from 16 new regions across England and Wales: Breconshire, Caernarfon, Ceredigion, Conwy, Denbighshire, Flintshire, Gwent, Hampshire, Isle of Wight, Leicestershire, Lincolnshire, Monmouthshire, Pembrokeshire, Suffolk, Sussex and Wrexham.  Also included are maritime school records held at the Maritime Archives & Library at National Museums Liverpool, as well as documents for counties previously covered by the collection, including Devon and Middlesex.
Spanning 1870-1914, the collection includes colour images of the original handwritten school admission registers, which can reveal an array of useful details for the family historian, including dates of birth, names of parents and address.  These are complemented by logbooks, varying in the level of detail, recording daily life at the school. They can reveal information regarding exam results, visitors and sporting events, providing researchers with additional context to help them understand their ancestors’ school days.

Each of the archives and record offices that have supplied documents belong to the National Digitisation Consortium, which was formed in 2009 to make historic material available online through commercial partners.  Supported by The National Archives and the Archives & Records Association, the National School Registers project is the first of its kind, and will conclude with a third and final release in September 2015.

Posted by Campaspe Library at 4:08 PM No comments: