Find Your Ancestor by Researching Other People


It may seem like a waste of our valuable research time to research people who we don’t even know are related, but it can be time well spent.


Look at the people mentioned in wills – who were the executors and administrators of the estate?  Who witnessed the will?  Who were the guardians of any minors?   Remember guardians were not necessarily appointed to take care of the children personally – their role was to protect their legal interests. All these important roles were generally not given to strangers.  Who were the beneficiaries?  Wills do not just list surviving children, they often also give the married names of adult daughters. How does each person fit in?


Look at godparents at a christening or baptism, not just for your direct ancestors, but for all their siblings as well.  Each child may have different godparents – again, it is not a role given to strangers.  Who are they, and why were they chosen for the role?


Unless your couple eloped, look at the witnesses to a marriage.  Remember to look at both the civil and church marriage records if applicable, and if a person married more than once, check both marriages.  The same applies for informants on a death certificate, neighbours in a census or electoral roll.


In shipping records, look at where others on the same ship came from.  Look at others already settled in the place your family settled.  Sometimes people from the same area migrated in a group, or followed others who had already made the journey.


Revisit your documents now and then.  With new information discovered since you obtained each document, new names connect to your family in new ways.  You never know what brick walls you might break through by researching someone who, at first glance, does not appear to be connected to your family at all.
Posted by Campaspe Library at 3:05 PM No comments:

Doe you have Irish ancestry?  Then there is some good news for you!  Millions of Irish civil registration records have been released online free of charge via IrishGenealogy.ie, providing details about births, marriages and deaths registered in the country dating back to the mid-19th century.
While basic indexes to the records have been available through the state-run genealogy site for some time, users can now view scans of the full register entries online, meaning we can access information previously only seen when we paid to order a certificate.
Due to privacy restrictions, birth records from the past 100 years, marriage records from the past 75 years and death records from the past 50 years are not available.  According to the website, the years covered by the release of the historic records of Births, Marriages and Deaths are:
Births: 1864 to 1915
Marriages: 1882 to 1940
Deaths: 1891 to 1965
They also note that the General Register Office are currently working on updating further records of Marriages dating back to 1845 and Deaths dating back to 1864.  These will be included in future updates to the website. 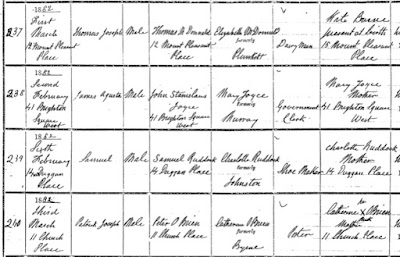 Posted by Campaspe Library at 10:56 AM No comments:

Recently launched records on Ancestry.com allow you to search for your nursing ancestors.  Details include each nurse's name (including maiden name if available and appropriate) and registration date and number.  Additional information such as home address, date and place of qualification and other details may be included also.

The Ancestry website states that "This collection consists of a number of different registers from diverse organisations. Prior to1921 registers of nurses were kept locally, by hospitals and nursing organisations. These included Burdett’s Directories from 1898 and the Royal College of Nursing (1916-1923).
In 1921 the General Nursing Councils (GNC) were established; one for England and Wales, one for Scotland and one for Ireland. The register of nurses was first published in 1922. The publication of the registers ended in 1968. These registers are held by the Royal College of Nursing Library and Archive Service, the largest specialist nursing collection in Europe.
The Royal College of Nursing was founded in 1916 and successfully campaigned for the state registration of nurses. It continues as a professional member organisation and the voice of nursing to this day."

Remember Campaspe Library subscribes to Ancestry Library Edition, which is free to use in all our libraries using our public computers of wi-fi.
Posted by Campaspe Library at 11:38 AM No comments: 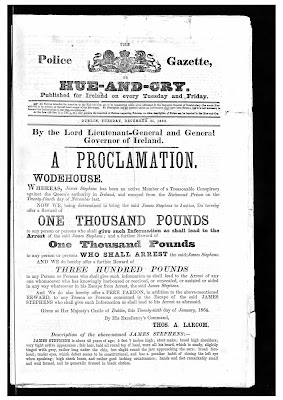 Ancestry has added thousands of Irish police gazettes to its database.

The Irish Police Gazettes collection contains printed publications used for communication among members of the police force in Ireland between 1861 and 1893. It contains information on wanted criminals, crimes committed, criminals who had been apprehended, and missing persons.

The collection can be searched by:
You can also browse the collection by year and read the various articles and descriptions.
Posted by Campaspe Library at 1:37 PM No comments: