Who Do You Think You Are Magazine

The latest issue of Who Do You Think You Are magazine is now available free online for Campaspe Library members via our subscription to RB Digital eMagazines.

Posted by Campaspe Library at 4:22 PM No comments:

It is time to get online and order some wills of your British ancestors.  Why?  The cost of ordering post-1857 probate records via the British Government’s Find a Will service has been cut from £10 to just £1.50.  The price cut, which was introduced in a statutory instrument that became law on 22 July, will be in place for the next 12 months.  After that, the price cut is not guaranteed.

Find a Will allows you to search English and Welsh probate records from 1858 by surname and year of death.  Once you find your ancestor's record, you can then order a digital copy, which takes up to 10 working days to arrive.
I have always loved wills and probate records, some of which have included incredible detail about the people listed - their lives, relationships, belongings and values.

Probate records confirm that the process of administering the bequests and instructions left in a will after a person died were carried out.  They list the names of the will’s executor/s, beneficiaries and witnesses – often the children, relatives or friends of the deceased.  They can even include comments and messages from the testator, illustrating the nature of their family relationships and they include a transcription of the will itself.  In addition, they include the address and occupation of the deceased and their date and place of death.
Until 1857, probate was the responsibility of ecclesiastical courts run by the Church of England.
From 12 January 1858, a civil Court of Probate for England and Wales was established, with local registries across the country.  The current price cut is only for wills post-1857.
Posted by Campaspe Library at 3:46 PM No comments:

Australian Memory of the World Register

Some of the resources currently listed include :
Posted by Campaspe Library at 9:07 AM No comments:

The Weird World of Taxation

Think your current tax return is complicated?  Here are some of the weird taxes that have been levied on our ancestors around the world .

A hearth tax was a property tax in certain countries during the medieval and early modern period, levied on each hearth, thus by proxy on each family unit. It was calculated based on the number of hearths, or fireplaces, within a municipal area.

Hats
From 1784 to 1811, Britain levied a tax on men’s hats. Hat retailers had to buy a license, and each hat had to have a revenue stamp glued to the inside.
Windows
In 1696 in England, “An Act for Granting to His Majesty Several Rates or Duties Upon Houses for Making Good the Deficiency of the Clipped Money” created a property tax based on the number of windows in a house. This tax would have primarily been paid by the wealthy and was similar to the earlier Hearth Tax.  The tax was repealed in 1851.
Dice
The Stamp Act of 1765 taxed Britain’s American colonists on many things, including dice, playing cards and newspapers. Most of the colonies formally condemned the act, protests turned violent, and several colonies held a Stamp Act Congress. Parliament repealed the act the next year.
Wallpaper
In 1712, during the reign of Queen Anne, England imposed a 1 pence-per-square-yard tax on printed, patterned or painted wallpaper. Decorators would bypass the tax by hanging plain wallpaper, and then having it stencilled by hand. Britain abolished the tax in 1836.
Beards
Russian Emperor Peter the Great, hoping to modernize his country to compete with Western powers, introduced a tax on men’s beards in 1698. The facially hirsute had to carry around a token showing they’d paid. Police could forcibly shave those lacking their token. Wealthy bearded folk were taxed more heavily than average townsfolk.
Salt
Salt was a valuable food preservative, making it a target for taxation. The Moscow Salt Riot of 1648 protested Russia’s universal salt tax which disproportionately affected the peasantry, whose diet was mainly salt-preserved fish.  In France, the hated salt tax contributed to the French Revolution. The National Assembly abolished this salt tax in 1790, but Napoleon reinstated it in 1806.  In India, Mahatma Gandhi staged a 24-day Salt March to protest British taxes on salt production, a heavy burden for coastal villages.
Tea

American colonists paid a tax on tea starting with the 1767 Townshend Revenue Act, which also taxed glass, lead, oil, paint and paper. Boycotts and protests led Parliament to repeal the Townshend Act taxes, except for tea, in 1770. But this isn’t what sparked the Boston Tea Party in 1773. That was the Tea Act, passed on May 10, 1773. It gave the British East India Co. a monopoly on tea sales in the American colonies, allowing it to undercut both smuggled-in tea and Colonial tea importers. Tea would be cheaper, but Colonists would still have to pay the tax.
Playing cards
We noted that the Stamp Act included playing cards among its taxed items. More recently, in 1935, the state of Alabama issued a 10-cent tax on packs of playing cards containing 54 or fewer cards. Each package had to have a revenue stamp affixed to it.  The tax ended in 2015, under legislation that suspends taxes when the cost of collecting them outweighs the revenue gained.
Posted by Campaspe Library at 11:39 AM No comments: 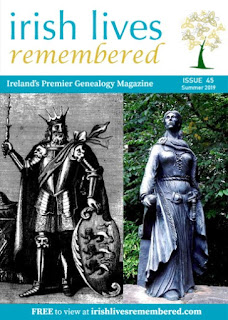 Posted by Campaspe Library at 11:06 AM No comments:

Love and Marriage in Colonial Australia

I have previously blogged about love and marriage for convicts – now I am moving on the free settlers in colonial times.

If both partners intending to marry were free, couples were able to obtain a marriage licence and did not need permission to marry, but cohabitation instead of marriage was still frequent.  It was not until the end of the convict era and rise of free settlers in the mid 19th century that marriage became more frequent.  It is also worth noting that many marriages outside the Church of England were not considered valid.  A series of reforms between 1834 and 1855 confirmed the validity of marriages conducted by ‘the Churches of Scotland and Rome’, and only later was this extended to Jews and Quakers.

To encourage marriage among the colony’s free settlers, Governor Darling (Governor 1825-1831) created a marriage portions scheme for ‘daughters of men of respectability of the Colony’.  Once they were engaged or promised in marriage a daughter of a man who lacked wealth for a dowry but whose family had standing in the community could apply for a marriage portion land grant.  This land would be granted upon her marriage and would be held by the woman herself, and upon her death would pass to her children, not her husband.

This scheme promoted marriage within the free settlers, as a man was more likely to enter into marriage with a woman who had property to bring with her into the union.  In 1830 and 1831, a total of 42 women were granted a marriage portion land grant, with properties ranging in size from 60 to 1280 acres.  The scheme was problematic, however, and administration of it slow, taking up to 6 years to finalise.  The scheme, which was introduced in 1828, was finalised late in 1831, and the idea that married women could own property separate to their husbands would take 50 years to reemerge.
Posted by Campaspe Library at 11:27 AM No comments:

Love and Marriage in Convict Australia 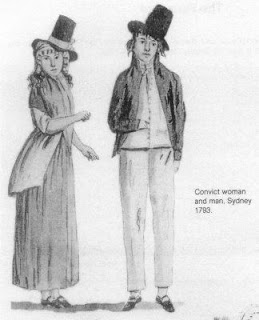 Two decades after the colony of New South Wales was established, Governor Lachlan Macquarie considered the future of the colony to be at risk of moral degeneration.  Cohabitation, or couples living together outside the married state, was seen as ‘highly injurious to the interests of society’, and Macquarie was keen to rectify the situation by encouraging marriage amongst the population, both convict and free.

For convicts, marriage was strictly controlled by the state, and convicts required permission before they could legally marry.  During the time of Governor Ralph Darling (1825-1831), controls were tightened and a convict’s master or mistress, plus a clergyman, had to approve the marriage before the couple could apply for permission from the Governor.

In many cases permission was refused, most commonly because the woman was considered to already be married.  It had been thought that married women would be better treated in the colony, so some women convicts falsely declared themselves married when disembarking in Sydney.  When they later wanted to marry in the colony, they were refused permission.

Transportation often resulted in the separation of married couples, and it was difficult (although not impossible) for couples to reunite – either by the spouse travelling out to the colonies or the freed convict returning to Britain.  While it was held that ‘seven years separation by water’ entitled a person to remarry, doing so with the knowledge that the first spouse was still alive could result in a charge of bigamy, and the Solicitor General advised in 1841 that such couples ‘remarried at their own peril’.

Once the Governor had granted a convict permission to marry, the marriage was announced by reading the marriage banns.  A clergyman would announce the marriage three times, allowing any parties with an objection to the union time to come forward.  If no objection was made, the couple then married.  If a convict was still bonded at the time of their marriage they still had to remain in service until they were finally declared free.
Posted by Campaspe Library at 11:24 AM No comments: