The new issue of Inside History magazine is now available.  Highlights include : 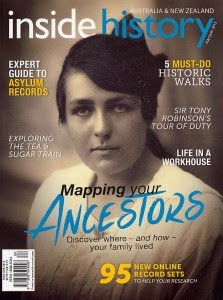 Inside History magazine is available free online through Zinio from Campaspe Reginal Library.  Ask our staff for more information.

Posted by Campaspe Library at 8:47 AM No comments: 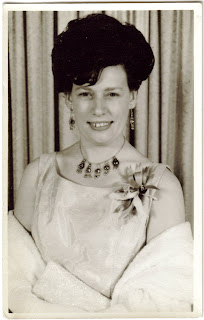 My mother Joy Pummeroy was born at home in East Brighton on 24 January 1942, the second youngest of five children and 14 years after her next oldest sibling. It was war-time, and things were tough. Her two older brothers were away in the RAAF and the Merchant Navy respectively, and she was only 5 when her next oldest brother died in an accident in Argentina while ferrying South American horses to Poland.

Things didn’t get much easier after the war. Though mum enjoyed school, learning Latin and guitar and being a good middle distance runner, when granddad got sick she had to leave school and earn an income to help support her family. She never finished her matriculation, I think one of the reasons she was so keen to see her children get a good education and so proud when we both graduated from university, the first in our family. Her first job was in the old Coles 200 store in Bourke St Melbourne, which stood long enough for both of us to have fond memories of the mezzanine cafeteria on our trips to Melbourne. After that she worked as a telephonist at Allens Music, but she had a yearning to see Australia and left there to take up a position as a governess on a station north of Mildura. It was there that she met Dad and decided he was the one for her,and they were married at St Mark’s church in East Brighton on 16 September 1967.  Her two daughters soon followed. 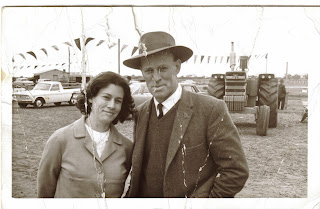 Mum always thought of her time on the station as the best of her life. But early in 1973, the station had to be sold, and Dad had to find another job, and so we moved to Moama.


Mum taught us to love reading and learning and to go out and find answers ourselves on all the topics that interested us.  She always took an active interest in our educations, helping out at school, volunteering in the canteen, supervising homework, never missing parent-teacher nights. 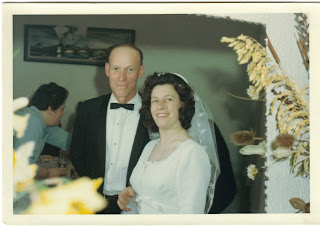 Mum was especially proud the year my sister and I were both chosen to lay wreaths for our classes at our school ANZAC Day ceremony.  The event was held in the local community centre, and she and Dad both proudly watched as we did our parts and laid our wreaths.  All was going well until the last post was played.  Overcome with emotion, Mum began to sob.  The more she tried to stop, the louder the sobbing became.  Eventually, she fled the hall.  Unfortunately, we were in a far corner, and she had to run the length of the basketball court, still sobbing loudly, before reaching the exit and heading to the car to compose herself.  There she was later joined by her outraged offspring, mortified by her behaviour.


Mum never worked outside the home after we moved to Moama, undertaking childminding at home instead, and over a dozen children spent their days being looked after by mum.  She followed the lives of all of them as they moved through our home, and on to school themselves. 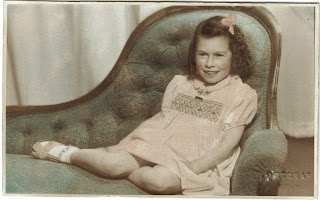 As she grew older and her mobility decreased, mum’s life closed in.  She went out less and less as movement became harder and more painful, and she endured just over a year in hospital with an infected leg ulcer and hip replacement.  She was only home for a matter of weeks before Dad’s final illness and death.  By now almost completely housebound, while she occasionally felt the isolation, she still had her books, puzzles and friends who called in regularly.  She even managed to continue volunteering for the library, assisting in storytime and holiday program preparation.  Mum passed away peacefully at Echuca Hospital on May 8th, 2015.  My thanks to everyone out there for your support and sympathy.

The Endangered Archives programme has now helped archives in 78 countries preserve over 4 million records, each of which have been digitised and added to the website.
The British Library's Endangered Archives website states that "Unless action is taken now, much of mankind’s documentary heritage may vanish - discarded as no longer of relevance or left to deteriorate beyond recovery." The website explains what the Endangered Archives Programme is, and how it can help.
Grants can be awarded to individual researchers to identify collections that can be preserved for fruitful use. The original archives and the master digital copies will be transferred to a safe archival home in their country of origin, while copies will be deposited at the British Library for use by scholars worldwide.  There is also an interactive map highlighting where records originated. 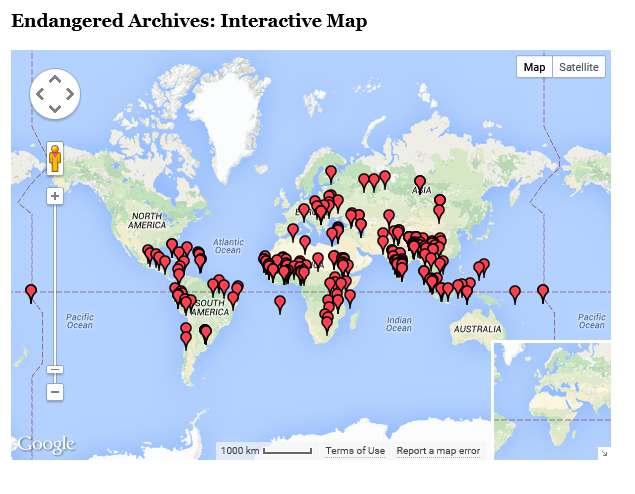 Posted by Campaspe Library at 8:52 AM No comments: