To mark the 75th anniversary of the Battle of Britain, Forces War Records have translated and put online for the first time what is known as Hitler’s Black Book (officially called Sonderfahndungsliste Gross Britannien). It lists 2,820 English people that the Nazi regime viewed as enemies of the state, people in the UK who were targeted for execution if Germany was successful in winning the Battle of Britain.

The list was drawn up by SS General Walter Schellenbergs office.
Schellenberg was to become the ‘Police’ chief responsible for GB after an invasion, the main Gestapo offices were to be based in Birmingham.
The list shows the department of the RSHA (Reichssicherheitshauptamt- Reich security service) which would investigate each individual, giving insight into what ‘crimes’ the individual was suspected of being involved in.
Most of the people on the list were politicians, writers, prominent émigrés, known intelligence agents, scientists, entertainers and artists.  Not surprisingly, the hit list is full of people whom the Nazis knew spied on Germany, such as Conrad Fulke Thomond O’Brien-french, the real-life British Secret Intelligence officer who served as the role model for 007 James Bond. Also included are well-known politicians such as Winston Churchill. What is surprising are some of the other names on the list, such as Lord Baden-Powell (the founder of scouts), the author HG Wells and the entertainer Noel Coward.
Posted by Campaspe Library at 4:45 PM No comments: 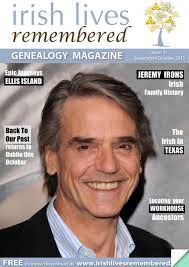 The September/October  edition of Irish Lives Remembered  is now available and can be read/downloaded FREE of charge via www.irishlivesremembered.com


Posted by Campaspe Library at 5:07 PM No comments:

Once again Ancestry has been adding new records to their database.  Here are some of the Australian and United Kingdom records which have been added or updated in the past few months.

Posted by Campaspe Library at 3:17 PM No comments:

The Bomb Sight project is mapping the London WW2 bomb census between 7/10/1940 and 06/06/1941. Previously available only by viewing in the Reading Room at The National Archives, Bomb Sight is making the maps available to citizen researchers, academics and students. They will be able to explore where the bombs fell and to discover memories and photographs from the period.

The project has scanned original 1940s bomb census maps , geo-referenced the maps and digitally captured the geographical locations of all the falling bombs recorded on the original map.

You can use the interactive web-mapping application to explore and search for different bomb locations across London. Click on individual bombs and find out information relating to the neighbouring area by reviewing contextual images and memories from the Blitz.

You can explore statistics for different areas and see how many bombs fell in different wards and boroughs in London as well as read memories of Londoners contributed to the BBC WW2 People's War and images from the Imperial War Museum to allow you to visualise what it was like in London at such a difficult time. 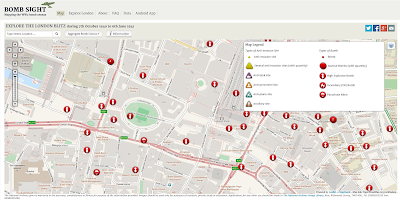 Posted by Campaspe Library at 2:19 PM No comments:

Save Your Photos Day 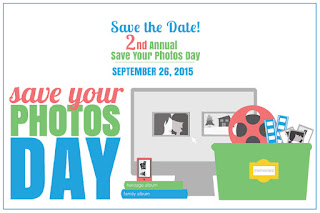 Can you imagine losing your treasured family photos, videos and other documents? In the digital age that we live in, it doesn't just take a natural disaster to wipe our your photo library. A crashed hard drive or broken smart phone can also result in instant loss of treasured memories.

How safe are your photos and other treasures?  How prepared are you for a fire, flood or other catastrophe??  How often do you back up your digital photos - and how safe are your backups??  The Save Your Photos website has hints and tips for you.

On Save Your Photos Day consider how you can better preserve, backup and share your family's photographs, both physical and digital, and make sure they are preserved for future generations.
Posted by Campaspe Library at 9:59 AM No comments: 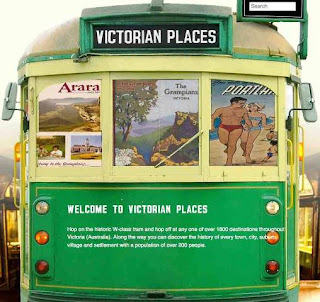 Want to find out more about the town or suburb where your ancestors lived?  The Victorian Places website invites you to "Hop on the historic W-class tram and hop off at any one of over 1600 destinations throughout Victoria. Along the way you can discover the history of every town, city, suburb, village and settlement with a population of over 200 people."

The website, sponsored by Monash University and the University of Queensland, contains the history of those places in Victoria which now have or once had a population over 200 at any time since the establishment of Victoria as a British colony.  Below is the information provided to Brighton East.

Posted by Campaspe Library at 9:41 AM No comments: